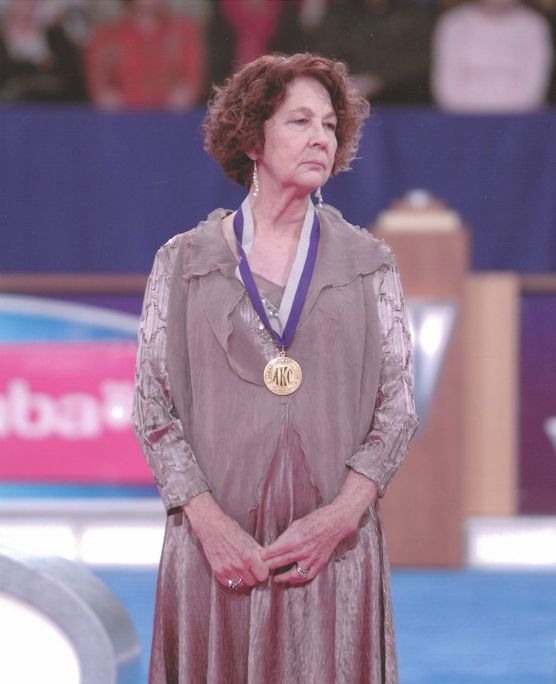 Irish Wolfhounds have been a part of my life for over 40 years. As another breeder said, “They suit me.”  Experienced and dedicated breeders shared their counsel and good dogs with us, allowing us to breed and live with some wonderful Irish Wolfhounds, many of which have garnered high honors at national specialties, regional specialties and all-breed shows.  Most gratifying are the top winners at specialties around the world that carry Berwyck  in their pedigrees.

I am especially proud of this Hound Breeder of the Year Award, because I am certainly more a “breeder” than an “exhibitor.” Of course I enjoy showing and am delighted with a win, but I have never campaigned a dog and our dogs are rarely advertised. I am, first and foremost, one who enjoys that balance between art and science in breeding beautiful and correct dogs that is at the core of the sport of purebred dogs.

I have chaired, judged and won the national specialty of our parent club, for which I have served as an officer and editor of the club magazine.  I have been active in judges’ education across the country and have judged wolfhound specialties in Sweden, Australia, Denmark, New Zealand and Canada, plus Dachshund specialties in several countries.

My most gratifying wolfhound activity has been the hosting of the Locust Grove Irish Wolfhound event at our Illinois farm for 34 years, which draws over a hundred hounds from across the country and Canada, with judges from around the world. Each year the wide and enthusiastic support of this event renews my faith in owners and breeders of purebred dogs, the Irish Wolfhound in particular.  In 1987, I authored and funded Longevity and Morbidity in the Irish Wolfhound, a science-based study which has been translated into several languages and is cited frequently in the scientific literature.

For 25 years I have been a delegate to the American Kennel Club, serving on delegate and ad hoc committees during that time. I served as chairman of the AKC board nominating committee and currently serve as chairman of the Delegate Committee on Bylaws. Since 1976, I have served on the Advisory Board of Livestock Commissioners for the State of Illinois, a position that is governor-appointed and requires full Senate approval.

I have worked in some journalistic capacity since the age of 16 and have contributed articles to The Irish Wolfhound Quarterly, The AKC Gazette and other canine publications as well as chapters on the Irish Wolfhound in books.  I have been a monthly contributing feature writer at The Canine Chronicle for 11 years and am currently a regular columnist for Dogs in Review.

« Return to ALL NEWS
Puppies
IW Rescue
Join the IWCA