In February of 1998, the Great Lakes Irish Wolfhound Association (GLIWA) held their annual meeting. The meeting is an occasion for fellowship of the members, the club attends to business and also hosts a speaker on a special topic. In the past it has been obedience, therapy dog training, and this year the topic was acupuncture.

Dr. Debbie Mitchell gave an overview of what acupuncture is, its history and its medical uses. Then, using a member’s dog, showed the participants several acupuncture/acupressure points that they could utilize. One point was to stimulate gastrointestinal motility to combat bloat.

This week at my clinic, a GLIWA member brought her wolfhound in for an examination.

During the night Quinn had begun experiencing discomfort. He sleeps in the bedroom with his owners. The husband had worked a long day and was asleep, but the wife was awakened by the restless behavior of Quinn. When she petted him she found his abdomen severely enlarged and hard to the touch. She knew it was bloat, but didn’t know what to do. She is a small woman, and Quinn a large dog. She remembered the acupressure point Dr. Mitchell had shown and began massaging it. Within a few minutes, Quinn began passing “a lot of gas” and his abdomen became smaller and softer. The husband and wife brought Quinn in the next morning to make sure he was all right, and because he had diarrhea.

On examination, Quinn was completely normal. He was not experiencing discomfort upon palpation, and no abnormalities beside the diarrhea could be found. Because she remembered the acupressure point, the wife had saved Quinn’s life. 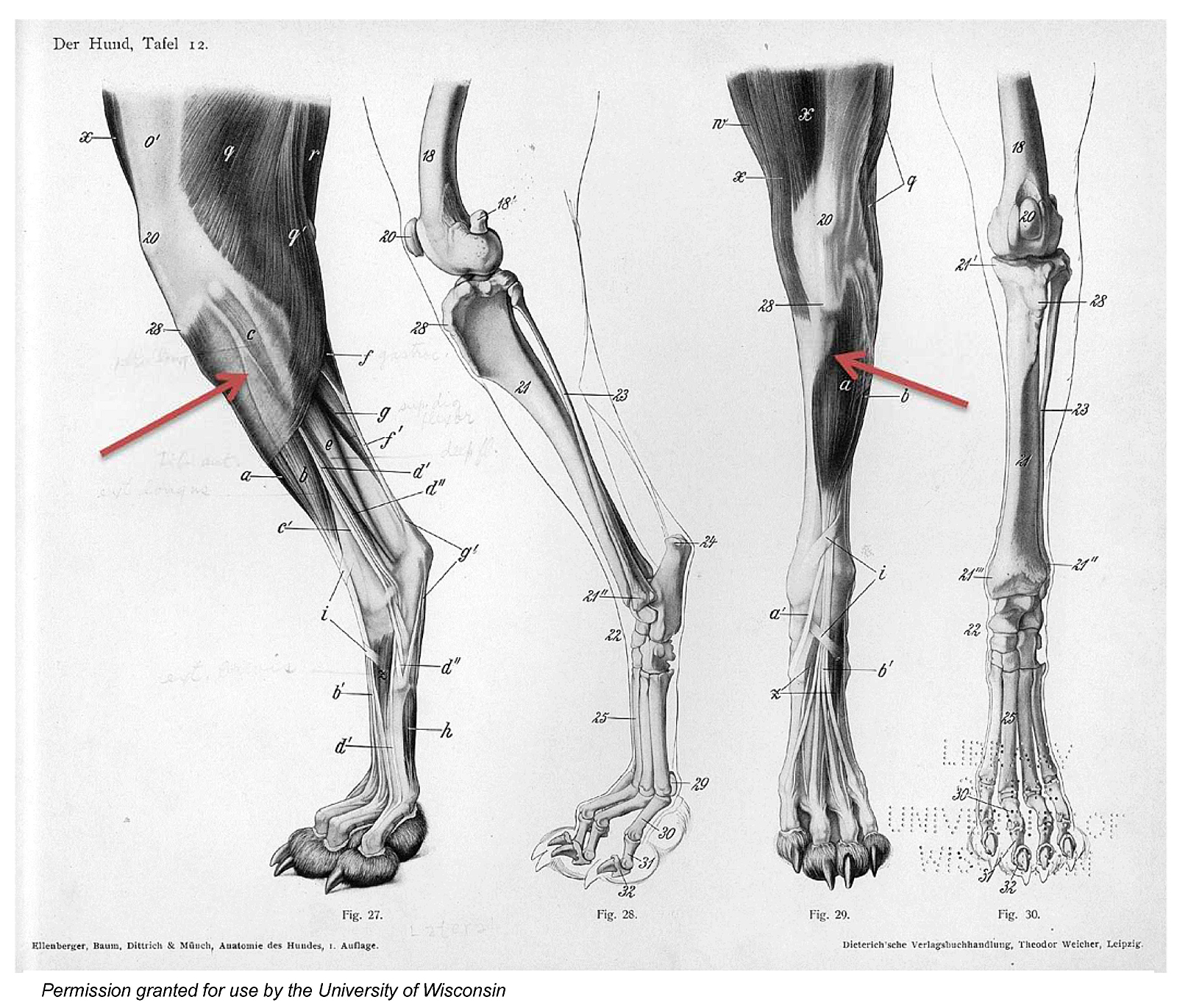 The acupressure point is on the hind leg. If you start at the hock, on the front of the leg (anterior) you can feel the tibia. Move your hand up the leg along the tibia’s sharp crest; what in humans would be called the shin. As your hand approaches the stifle, or the “knee” the crest becomes very pronounced and then curls around to the outside (laterally). Just inside this curve is a depression. The acupressure point is in this depression. An acupuncturist might insert a needle into this spot, or inject a liquid, but, as Quinn’s owners will attest, massaging also stimulates the point. The gastrointestinal tract starts to contract and move (peristalsis) and expels the built up gas before torsion can occur. If torsion has occurred, massaging the spot will not help.

This article is provided with the kind permission of the Great Lakes Irish Wolfhound Association and Chris A. Krowzack, DVM
Originally published 1998